Shock Troop from X Minus One

The Rats in the Walls from The Black Mass

​The Ash Tree from The Black Mass

Chiller about a witch's curse particularly repugnant to arachnophobes. 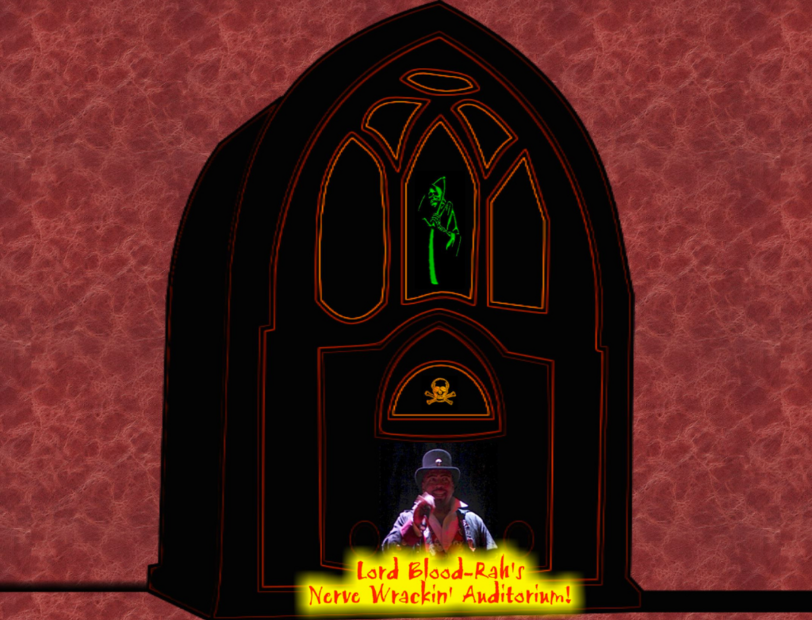 The Strange Burial of Alexander Jordan from Creeps by Night

A macabre story of greed and the grave.

​​​​​​An Evenings Entertainment from The Black Mass

The Black Mass series aired in Northern California in the late 60's and is easily one of the most literary horror radio series ever to be produced.  The show was hosted and written by the late Erik Bauersfeld, better known as the voice of Admiral Akbar  in The Empire Strikes Back.

A Thanksgiving tale from Ray Bradbury.

Mystery in the Air was hosted by Peter Lorre who also starred in each story.  No one portrays a mad man better!  Also, you may recognize the voice of the announcer as Harry Morgan, Col. Potter from MASH.

Another from Vincent Price's BBC horror radio show of the 70's.

Cat Wife from Light's Out

Vincent Price stars in a tale of men under siege in a lighthouse.

Tunnel under the World from X Minus One​​​​​​

A strange story of paranoia from this great Sci-Fi series.

The Gods of the Mountain from The Columbia Workshop

Great weird satire from one of the masters of the weird tale Lord Dunsany.

The Man who Hated Scenes from The Price of Fear

Vincent Price and Peter Cushing star in this revenge tale.

​​​​​The Yellow Wall Paper from Suspense

The podcast was originally part of the now equally defunct Drunken Zombie Podcasting Network and episodes appear here as they were originally released with ads in tact, although the businesses mentioned have no affiliation with this website.

Check back for new episodes monthly!

The House in Cypress Canyon from Suspense.

Horror in an evil house.

​​​​Almost Human from X Minus One

Another episode of the superior science fiction radio series, this one based on a story by Robert Bloch, author of the novel Psycho.

The Green Lorelei from Suspense

​​​​The Remains of The Black Chapel

From the radio series Quiet, Please! comes a unique take on the vampire mythos as a grieving father longs for the return of his supposedly deceased son.

The Black Mass episode The Flies

A nightmare of disease and dread.

The Great Christopher Lee reads classics of horror and suspense literature in this BBC Radio series.

War of the Worlds from Orson Welles

​​​​​William and Mary from The Price of Fear

The Price of Fear starred Vincent Price, following his exploits as he encountered various strange tales and happenings during his career.  This science fiction classic is based on the short story by Roald Dahl.

The Shadow People from The Halls of Fantasy

Gripping shocker about what lurks in the darkness.

Birdsong for a Murderer from Inner Sanctum Mysteries

​​​​​A Gun for Dinosaur from X Minus One

From one of the best science fiction radio series ever produced, here's an exciting classic based on the story by L. Sprague de Camp.

Frankenstein from The Witch's Tale

Different take on an old classic.

MYSTERY HOUSE was a pilot for a proposed radio series to be hosted by and star Bela Lugosi doing dramatic radio pieces based on classic Grand Guignol plays!  Sadly, the series never took off and this episode is all that remains.

The Sin Eater from Suspense

A young couple get trapped in a weird ritual.

​​​​Eloises Whereabouts from Beyond Midnight

Beyond Midnight aired in South Africa in the late 60's serving up both classic and original tales of the supernatural.

​​The Dunwich Horror from Suspense

​​​​​Knock at the Door from Lights Out

Lights Out is easily one of the most chilling radio series ever made, and this episode is one of the scariest.

Spawn of the SubHuman from Dark Fantasy

Must be heard to be believed.